This UNESCO website showcases Yaniv's proposal for "Changing the lives" of disabled people. See screenshot below. 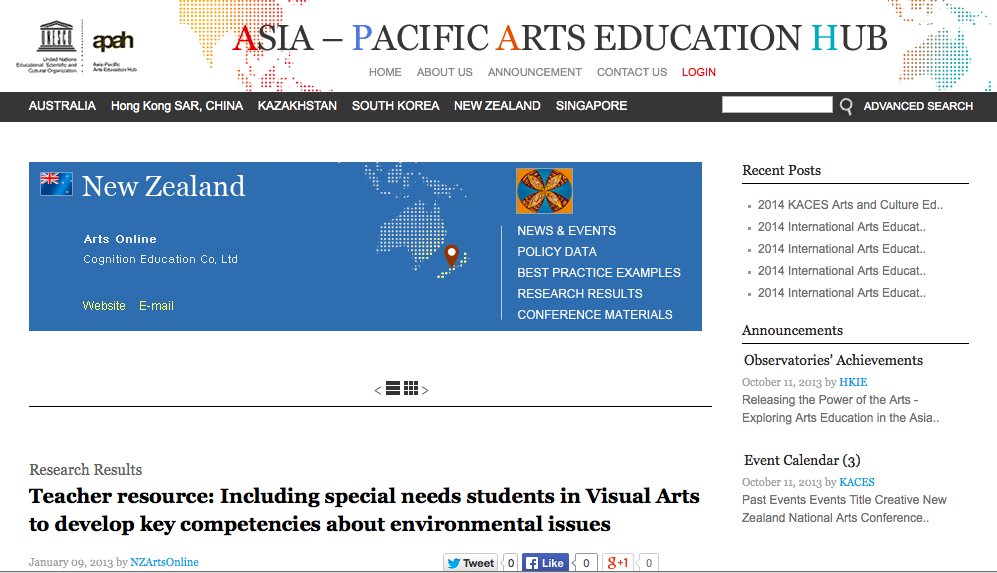 This teacher resource uses Visual Arts to develop key competencies about environmental issues and is available as a free download to all teachers at: http://tinyurl.com/apahteachingresource

It was assembled by a team of researchers, teachers, parents and community organisations. The team collaborated to assist Yaniv Janson an artist with Asperger syndrome on the autistic spectrum build an international career and summarised the main points of their learning.

At the age of 19 Yaniv Daniel Janson is the youngest artist invited into the New Zealand Academy of Fine Arts. His work has been exhibited in over 40 museums and galleries and is the recipient of 14 awards and scholarships. He is working on his next exhibition “New Zealand Through the Mind’s Eye” opening 20th April 2013 at the Depot ArtSpace in Devonport. Yaniv is a graduate from the International School of Arts and Creativity in Wellington, and was mentored by Leafa Wilson, Contemporary Art Curator at the Waikato Museum.

His work on environmental and social sustainability spurred collaborations with professionals in the art world. As the artist in residence in a number of New Zealand national and international events, his art was exhibited during social science conferences such as the Massey University Annual Sustainability Workshop as testimony of the impact of art on sustainability consciousness. His September 2010 exhibition at ArtsPost Gallery, Waikato Museum, Hamilton “Visualising climate change” and his November 2010 exhibition “The world according to…” at the new Wallace Gallery Morrinsville were on the theme of Climate Chains – about the fact that our survival as human beings is dependent on everyone making serious efforts to change to more sustainable ways.
The art is aimed at raising awareness and communicating the frustration that people who care about the environment have about not being able to help others change their behaviour.

“It has been a privilege and a pleasure to have this exhibition in our new gallery, and Yaniv’s bold, bright canvasses have attracted a lot of attention. The subject matter has been of particular interest to visiting school groups, who have been fascinated to see such confident, expressive work echoing their own fears of a changing world. On my part, I find the later work in Yaniv’s display particularly moving: the loose swirls and spontaneous strokes within Tornados and Turbulence ignite a passionate response and give emphasis to the ever-present plaintive question: what can we do to stop this from happening?

The Gallery walls here have worn Yaniv’s paintings with pride, but it would be selfish to keep them for too long: this exhibition is too important to be kept hidden, or restricted to one Town, one Region, one Country.”

His last Paris exhibition (“Chemins Croisés”) took place in December 2010 in the Galerie Celal between the Louvre and Centre Pompidou, in the coveted rue St. Honoré, 75001. It followed exhibitions in Israel and Canada. He is also working on a public art installation commissioned by the New Zealand Clean Energy Centre in Taupo. Yaniv has a French and a North American art dealers and has just opened a showroom in Boston central.

Shortcut to this blog

Our views in last 30 days

Read about us in the UNESCO OBS Journal

As the world goes round

I travel to schools and day centres for disabled people to inspire educators and staff to raise their expectations about the contribution that can be made by the people they support.

I know from first hand experience that support staff often have low expectations about disabled people’s future social contribution, and where interventions have been made, these expectations can increase, opening hosts of new opportunities for disabled people.

In many cases, families and carers just need to meet people who they can see have achieved their dreams so they can be inspired by their energy and the happiness that comes from being engaged in what one is passionate about!

I have met many parents who did not dare dreaming anymore for a great future for their child.

I am not advocating that every disabled person should become an artist… just that in following my passion and gifts I achieved success and happiness – and recognition for the contribution that I am making to my community!

It is about identifying what one is passionate about and putting all our energy in becoming great at it! This can and has changed lives!! 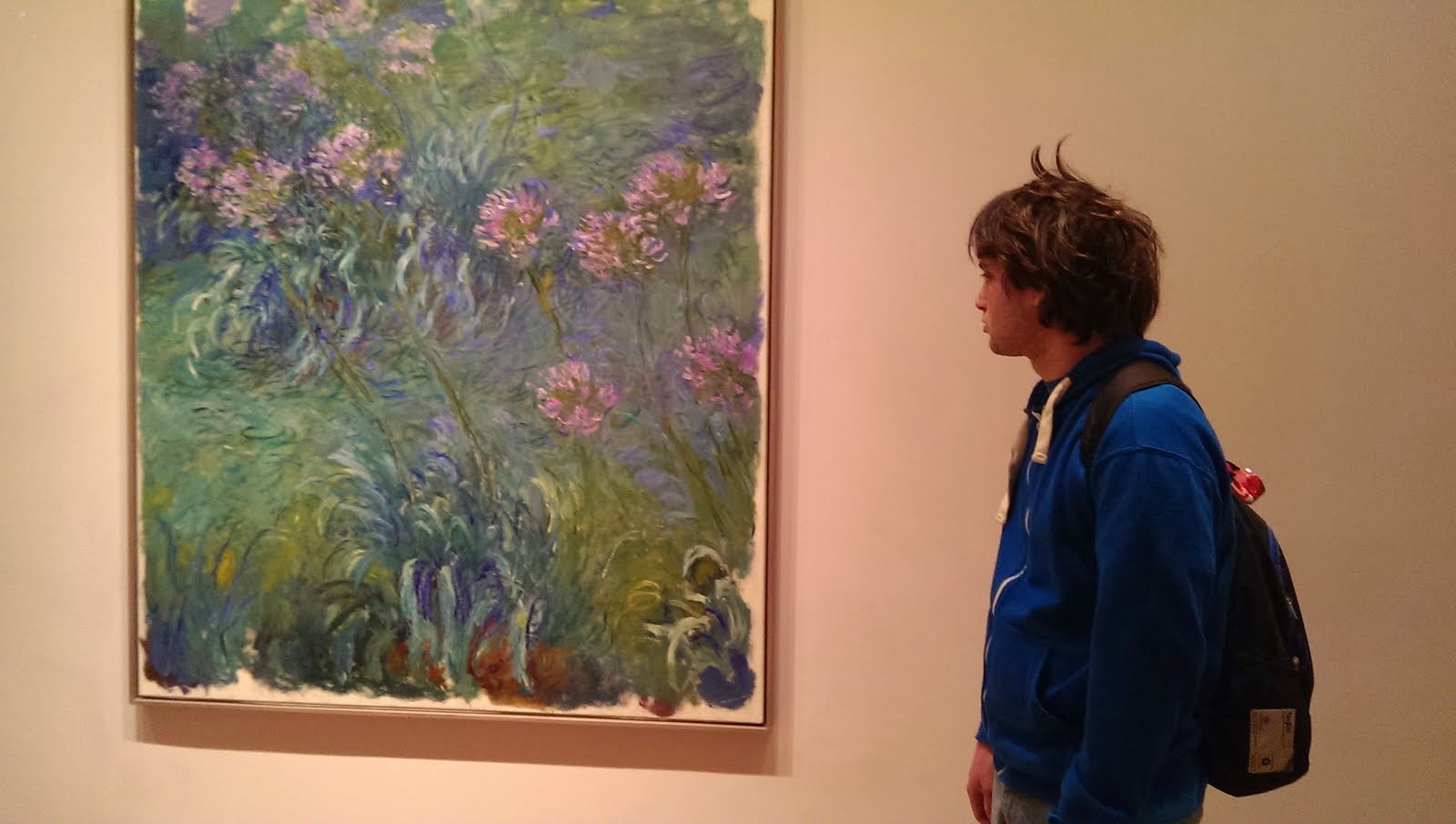 Who can help us take action?